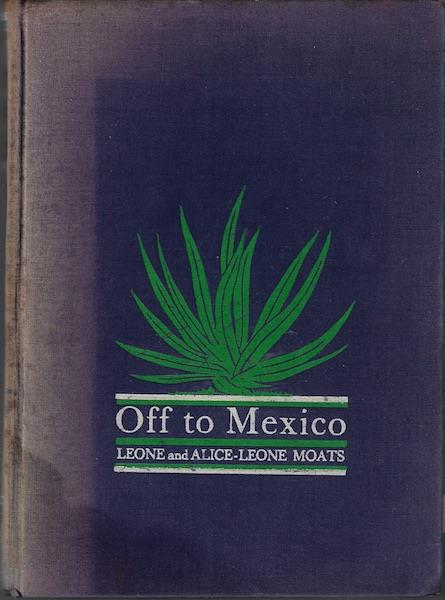 Off to Mexico,: By Leone and Alice-Leone Moats;

Inscribed and signed by author to Ethel R. Payne. Notes written to the Paynes are written on the half title page as they embark on their trip to Mexico. Alice-Leone Moats was a foreign correspondent for Collier's magazine in Japan, China and the Soviet Union, among other countries, before becoming a columnist for The Philadelphia Inquirer. There is a newspaper clipping with her picture about her being in an airplane crash from Russia to Iran(from Pittsburg Press, Sunday, February 21, 1943, p 51). She grew up in Mexico in a wealthy family and was an only child. Purple cloth cover is water stai...
View More...